The schedule of trains
The portal of interactive services

JSC “Uzbekiston temir yullari”, from the moment of the formation– on November 7, 1994, more than 20 years is the major structure-forming link in formation and development of economy of the Republic of Uzbekistan. The sustainable development, stability, introduction of innovative technologies, dynamic increase of rates of economic and industrial growth of the enterprises of JSC “Uzbekiston temir yullari” create favorable conditions for development of transport branch and all economy of the Republic of Uzbekistan in general.

Throughout existence and functioning the railway transport works in close connection with other branches of a national economy of the Republic of Uzbekistan. One of its main objectives is the satisfaction of needs of economy for providing with timely freight and passenger traffic. Work in the specified direction is conducted in different aspects and is aimed at providing safe greatest possible throughput and carrying ability of a network of the railroads of the Republic of Uzbekistan.

Formation cargo and passenger traffics, optimization of expenses on operation of the railroads, safety of train service is carried out in close cooperation with foreign partners, within the international agreements.

Considering that the Republic of Uzbekistan holds a strategic geographical position in Central Asia and is the center of geopolitical development of the region, the main transit corridors connecting the North and the South, the East and the West of the continent pass through the territory of the Republic of Uzbekistan. It is one of the defining factors during the planning of development of the joint-stock company and identification of the questions needing additional study and optimization.

Optimum created and realized transport policy, and also the strategy of development of the joint-stock company developed taking into account needs of the state and consumers, according to earlier signed international agreements in the sphere of railway transport, focused on attraction of investments into this branch and respectively in economy of the state, will directly play one of fundamental roles when providing steady social and economic policy of the state on prospect.

At study of long-term plans of development of the joint-stock company the condition of branch, regarding identification of "bottlenecks", the key moments needing adjustment for further social and economic development of the country and branch was carefully studied:

The purpose of Strategy of development is formation and continuation of development of railway branch, as integral part of economy of the Republic of Uzbekistan, increase in trasport-transit capacity of the country, creation of new workplaces, increase of level of localization of production, maintaining the coordinated policy in the field of transport and technical regulation, and also safety and increases of level of comfortableness and reliability of train service, increase of investment appeal of railway transport.

The basic principles of complex development of branch are the following aspects:

At the moment the railway branch has to finish implementation of earlier planned projects, provide perspective, high-quality development for an exit to higher level of functioning.

The got experience in the field of construction and operation of railway infrastructure with participation of own means of society and broad attraction of investments both foreign, and the Republic of Uzbekistan, gave the chance to come to world level at construction and operation of a new railway line Hairatan – Mazari-Sharif in the territory of the Islamic Republic of Afghanistan.

Maintaining this policy and possible increase in percent of participation of foreign investors has to be followed by accurately verified policy in range of definition of terms and volumes of repayment of the credits and conditions of their delivery to society.

Plans for rehabilitation of railway lines and construction of the new have to consider some main criteria for definition of degree of priority of the project planned to realization, namely:

For further development of infrastructure and a rolling stock of the company it is provided:

Modernization of the existing material base of railway transport provides:

Realization of the above works will provide the solution of national objectives in the field of railway transport.

Following the results of realization creation of a uniform transport network of the railroads of the Republic of Uzbekistan will be reached, the infrastructure of all regions of the country is evenly developed, the base of a rolling stock is updated, and conditions for the stable growth of economy of the state are created.

Reforming of branch will provide optimization of its structure and inflow of investments for modernization and expansion of a network of the railroads.

Modern technologies and technological effectiveness of production will provide need of national economy for high-quality transportations.

Increase of speed and reliability of cargo delivery will promote decrease in needs of producers for working capital and, therefore, reduction in cost of production and sale of goods, increase of competitiveness of economy.

As a result of realization of the above works mobility of the population will be increased. The increase in the ground of high-speed passenger traffic is planned (with a speed up to 160 km/h and above). 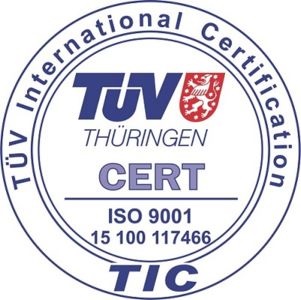 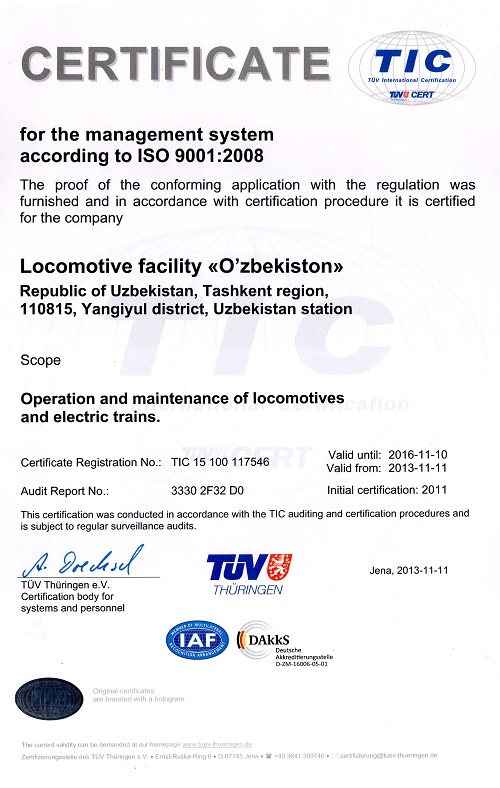 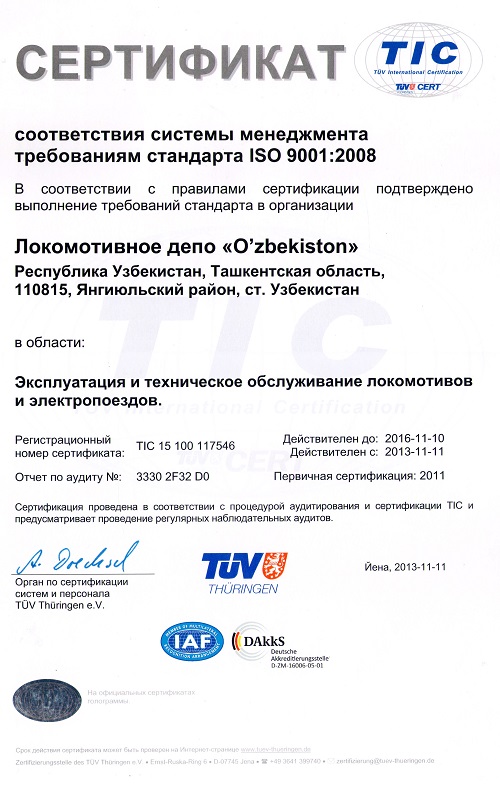